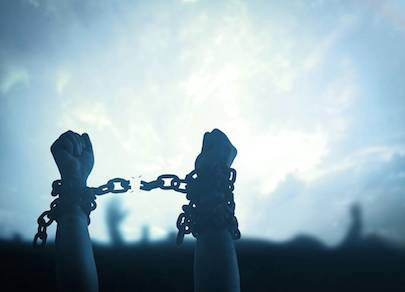 "The people have the power, all we have to do is awaken that power in the people. The people are unaware. They're not educated to realize that they have power. The system is so geared that everyone believes the government will fix everything. We are the government."—John Lennon

Twenty years into the 21st century, and what do we have to show for it?

Here's just a small sampling of the laundry list of abuses—cruel, brutal, immoral, unconstitutional and unacceptable—that have been heaped upon us by the government over the past two decades.

The American President became more imperial. Although the Constitution invests the President with very specific, limited powers, in recent years, American presidents (Trump, Obama, Bush, Clinton, etc.) claimed the power to completely and almost unilaterally alter the landscape of this country for good or for ill. The powers that have been amassed by each successive president through the negligence of Congress and the courts—powers which add up to a toolbox of terror for an imperial ruler—empower whomever occupies the Oval Office to act as a dictator, above the law and beyond any real accountability. The presidency itself has become an imperial one with permanent powers.

Militarized police became a power unto themselves, 911 calls turned deadly, and traffic stops took a turn for the worse. Lacking in transparency and accountability, protected by the courts and legislators, and rife with misconduct, America's police forces became a growing menace to the citizenry and the rule of law. Despite concerns about the government's steady transformation of local police into a standing military army, local police agencies acquired even more weaponry, training and equipment suited for the battlefield. Police officers were also given free range to pull anyone over for a variety of reasons and subject them to forced cavity searches, forced colonoscopies, forced blood draws, forced breath-alcohol tests, forced DNA extractions, forced eye scans, forced inclusion in biometric databases.

The Surveillance State rendered Americans vulnerable to threats from government spies, police, hackers and power failures. Thanks to the government's ongoing efforts to build massive databases using emerging surveillance, DNA and biometrics technologies, Americans have become sitting ducks for hackers and government spies alike. Billions of people have been affected by data breaches and cyberattacks. On a daily basis, Americans have been made to relinquish the most intimate details of who we are—our biological makeup, our genetic blueprints, and our biometrics (facial characteristics and structure, fingerprints, iris scans, etc.)—in order to navigate an increasingly technologically-enabled world.

Mass shootings claimed more lives. Mass shootings have taken place in virtually every venue, including at churches, in nightclubs, on college campuses, on military bases, in elementary schools, in government offices, and at concerts. However, studies make clear that the government's gun violence—inflicted on unarmed individuals by battlefield-trained SWAT teams, militarized police, and bureaucratic government agents trained to shoot first and ask questions later—poses a greater threat to the safety and security of the nation than any mass shooter.

Debtors' prisons made a comeback. Not content to expand the police state's power to search, strip, seize, raid, steal from, arrest and jail Americans for any infraction, no matter how insignificant, state courts were given the green light to resume their practice of jailing individuals who are unable to pay the hefty fines imposed by the American police state. These debtors' prisons play right into the hands of the corporations that make a profit by jailing Americans. This is no longer a government "of the people, by the people, for the people." It has become a government "of the rich, by the elite, for the corporations," and its rise to power has been predicated on shackling the American taxpayer to a debtors' prison guarded by a phalanx of politicians, bureaucrats and militarized police with no hope of parole and no chance for escape.

The cost of endless wars drove the nation deeper into debt. America's war spending has already bankrupted the nation to the tune of more than $20 trillion dollars. Policing the globe and waging endless wars abroad hasn't made America—or the rest of the world—any safer, but it has made the military industrial complex rich at taxpayer expense. Approximately 200,000 US troops are stationed in 177 countries throughout the world, including Africa, where troops reportedly carry out an average of 10 military exercises and engagements daily. Meanwhile, America's infrastructure is falling apart. The interest on the money America has borrowed to wage its wars will cost an estimated $8 trillion.

"Show your papers" incidents skyrocketed. We are not supposed to be living in a "show me your papers" society. Despite this, the U.S. government has introduced measures allowing police and other law enforcement officials to stop individuals (citizens and noncitizens alike), demand they identify themselves, and subject them to patdowns, warrantless searches, and interrogations. These actions fly in the face of longstanding constitutional safeguards forbidding such police state tactics.

The government waged war on military veterans. The government has done a pitiful job of respecting the freedoms of military veterans and caring for their needs once out of uniform. Despite the fact that the U.S. boasts more than 20 million veterans who have served in World War II through the present day, the plight of veterans today is America's badge of shame, with large numbers of veterans impoverished, unemployed, traumatized mentally and physically, struggling with depression, suicide, and marital stress, homeless, subjected to sub-par treatment at clinics and hospitals, left to molder while their paperwork piles up within Veterans Administration offices, and increasingly treated like criminals—targeted for surveillance, censorship, threatened with incarceration or involuntary commitment, labeled as extremists and/or mentally ill, and stripped of their Second Amendment rights—for daring to speak out against government misconduct.

Free speech was dealt one knock-out punch after another. Protest laws, free speech zones, bubble zones, trespass zones, anti-bullying legislation, zero tolerance policies, hate crime laws, shadow banning on the Internet, and a host of other legalistic maladies dreamed up by politicians and prosecutors (and championed by those who want to suppress speech with which they might disagree) conspired to corrode our core freedoms, purportedly for our own good. On paper—at least according to the U.S. Constitution—we are technically free to speak. In reality, however, we are only as free to speak as a government official—or corporate entities such as Facebook, Google or YouTube—may allow. The reasons for such censorship varied widely from political correctness, so-called safety concerns and bullying to national security and hate crimes but the end result remained the same: the complete eradication of free speech.

The government waged a renewed war on private property. The battle to protect our private property has become the final constitutional frontier, the last holdout against our freedoms being usurped. We no longer have any real property rights. That house you live in, the car you drive, the small (or not so small) acreage of land that has been passed down through your family or that you scrimped and saved to acquire, whatever money you manage to keep in your bank account after the government and its cronies have taken their first and second and third cut…none of it is safe from the government's greedy grasp. At no point do you ever have any real ownership in anything other than the clothes on your back. Everything else can be seized by the government under one pretext or another (civil asset forfeiture, unpaid taxes, eminent domain, public interest, etc.).

Schools became even more like prisons. So-called school "safety" policies—which run the gamut from zero tolerance policies that punish all infractions harshly to surveillance cameras, metal detectors, random searches, drug-sniffing dogs, school-wide lockdowns, active-shooter drills and militarized police officers—have turned schools into prisons and young people into prisoners. From the moment a child enters one of the nation's 98,000 public schools to the moment she graduates, she will be exposed to a steady diet of draconian zero tolerance policies that criminalize childish behavior, overreaching anti-bullying statutes that criminalize speech, school resource officers (police) tasked with disciplining and/or arresting so-called "disorderly" students, standardized testing that emphasizes rote answers over critical thinking, politically correct mindsets that teach young people to censor themselves and those around them, and extensive biometric and surveillance systems that, coupled with the rest, acclimate young people to a world in which they have no freedom of thought, speech or movement.

The Deep State took over. The American system of representative government was overthrown by the Deep State—a.k.a. the police state a.k.a. the military/corporate industrial complex—a profit-driven, militaristic corporate state bent on total control and global domination through the imposition of martial law here at home and by fomenting wars abroad. The "government of the people, by the people, for the people" has perished. In its place is a shadow government, a corporatized, militarized, entrenched bureaucracy that is fully operational and staffed by unelected officials who are, in essence, running the country and calling the shots in Washington DC, no matter who sits in the White House. Mind you, by "government," I'm not referring to the highly partisan, two-party bureaucracy of the Republicans and Democrats. Rather, I'm referring to "government" with a capital "G," the entrenched Deep State that is unaffected by elections, unaltered by populist movements, and has set itself beyond the reach of the law. This is the hidden face of a government that has no respect for the freedom of its citizenry. This shadow government, which "operates according to its own compass heading regardless of who is formally in power," makes a mockery of elections and the entire concept of a representative government.

The takeaway: Everything the founders of this country feared has come to dominate in modern America. "We the people" have been saddled with a government that is no longer friendly to freedom and is working overtime to trample the Constitution underfoot and render the citizenry powerless in the face of the government's power grabs, corruption and abusive tactics.

So how do you balance the scales of justice at a time when Americans are being tasered, tear-gassed, pepper-sprayed, hit with batons, shot with rubber bullets and real bullets, blasted with sound cannons, detained in cages and kennels, sicced by police dogs, arrested and jailed for challenging the government's excesses, abuses and power-grabs?

1 Comments in Response to Nullify Government Tyranny: In 2020, Harness the Power of Your Discontent