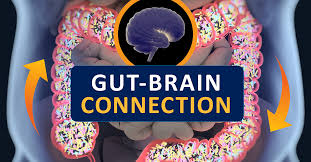 Inflammation influences the quality of sleep, metabolism, stress response and the release of cytokines

Antidepressant medications are associated with significant and dangerous side effects, including violence, aggression and suicide

The senior population is especially vulnerable; the rate of antidepressant drug prescriptions for this group has doubled since 1990, increasing the risk of cognitive decline, dementia, osteoporosis, Type 2 diabetes and heart disease

It is estimated that 7.1% of the adult population in the U.S. experienced at least one major depressive episode in 2017. The highest rates are among those ages 18 to 25 years. Many people believe depression is caused by a chemical imbalance in the brain. This is a theory that has been widely promoted by drug companies and psychiatrists, to the point it is now accepted as fact.

However, this is just a theory and, worse, it's a theory that has been largely discredited. The idea spread quickly after it was proposed in the 1960s when it appeared antidepressant drugs altered brain chemicals. In the 1980s, Prozac (fluoxetine) was released by Eli Lilly and heavily promoted to balance brain chemicals and affect depression.

Prozac had fewer side effects than some of the earlier antidepressants and soon became the poster child for selective serotonin reuptake inhibitor (SSRI) class of antidepressants. However, while heavily prescribed, data repeatedly showed SSRIs worked no better than placebos for those experiencing mild to moderate depression.

Although antidepressants don't effectively treat depression, they do double the risk of harm from suicide and violence in healthy adults and increase aggression in children and adolescents.

Researchers also suggest major depression could be vastly overdiagnosed and overtreated with antidepressants. The majority who are prescribed these drugs end up staying on them long-term, which may compromise their health.

Researchers have found yet another link between inflammation and depression. In one study1 published in the Journal of Neurology, Neurosurgery & Psychiatry, researchers systematically reviewed the safety and effectiveness of anti-inflammatory agents in people suffering with major depression.

The literature review included results from 30 randomized control trials with a 1,610 participants. In an overall analysis of 26 studies, the researchers found anti-inflammatory agents reduced depressive disorder when compared with placebo. They found no differences in quality of life analysis but did find gastrointestinal event differences between the treatment periods.

Results from another large metanalysis3 carried out by researchers from Aarhus University Hospital in Denmark revealed similar findings, showing anti-inflammatories may be effective in the treatment of depression. One researcher explains the study showed the combination of anti-inflammatory drugs along with antidepressants have beneficial effects.

The results also showed the effect against depression was present when the anti-inflammatory medication was used alone, compared against a placebo. The scientists analyzed 36 international studies of participants who suffered from depression or who had symptoms of depression. One of the researchers, Dr. Ole Köhler-Forsberg, commented on the results of the study:4

"This definitely bolsters our chances of being able to provide personalised treatment for individual patients in the longer term. Of course we always have to weigh the effects against the potential side-effects of the anti-inflammatory drugs.

We still need to clarify which patients will benefit from the medicine and the size of the doses they will require. The findings are interesting, but patients should consult their doctor before initiating additional treatment."

Yet in another recently published study in Molecular Psychiatry5 scientists found patients treated with immunotherapeutics for inflammatory disorders, who also presented with depression or depressive symptoms, experienced symptomatic relief. The team found the reduction in depressive symptoms was not associated with any treatment-related changes in their physical health.

Can These Vitamins Stop the Coronavirus?