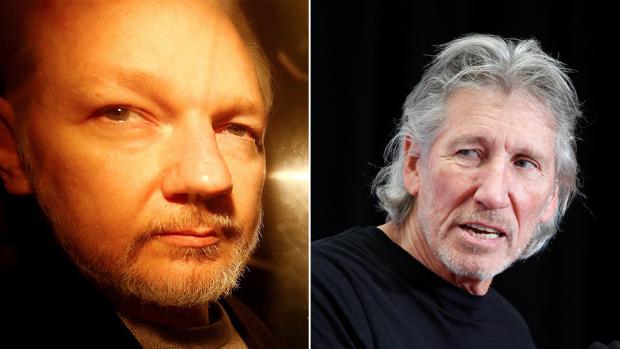 Waters told RT that the statement from Swedish prosecutors claiming that the evidence against Assange had "weakened" since 2010 was a "mealy-mouthed bunch of bullsh*t" and that there was "no evidence to support the idea that [Assange] injured anybody."

It's partly because of this whole "set-up" that Assange is still suffering in London's Belmarsh Prison with no real process of law being followed, Waters said. "Assange is being slowly murdered by the state because he told uncomfortable truths about US war crimes," he added.

The law is being thrown out the window at the behest of the growing mono-empire that is the USA — and it is so wrong.

The British rock 'n' roll legend said that Assange's continued detainment behind bars was "purely political" and that there is no question that he is a political prisoner who is being used as a "warning" to others who might be inclined to do real journalism.

In any sane universe, Julian Assange would be lauded as a hero of the people.

Waters also took aim at mainstream media, where he said it is now nearly impossible to find a truthful narrative of events. "To find the truth these days is extremely difficult," he said.

The Biggest Scam in History

Take Off Your Mask And Remind The World Of Your Humanity

Trump Concedes | It is Now Up to Us

Finding Light in the Face of Extreme Darkness