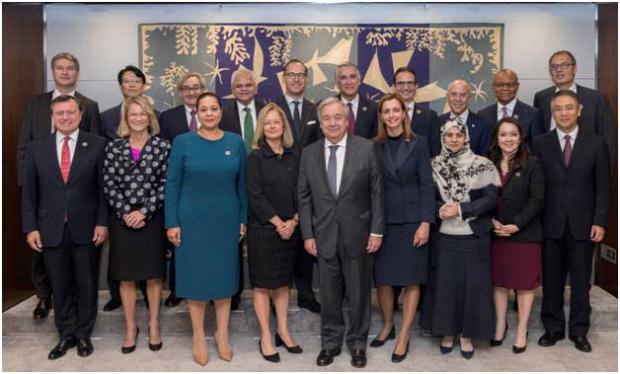 A Republican US Senator of a bygone era was once quoted as saying "a billion here, a billion there, and pretty soon you're talking about real money."

And, not surprisingly, at the UN, when it comes to the implementation of its 17 Sustainable Development Goals (SDGs), the financial targets keep moving – from millions into billions, and eventually from billions into trillions of dollars.

At a ministerial meeting in September, Secretary-General Antonio Guterres thanked member states for their pledges and commitments at three high-level summit meetings: on Climate Action, on SDGs and on Financing for Development (FfD).

"But to make serious progress," he told the ministers, "we need to fill the financing gap for SDGs—some $1.5 trillion dollars per annum."

According to the 2014 World Investment Report by the Geneva-based UN Conference on Trade and Development (UNCTAD), the financing gap to achieve the SDGs in developing countries is even higher — and estimated to be around $2.5 – $3.0 trillion per year.

The SDGs include the eradication of extreme poverty and hunger, universal health care, quality education, clean water and sanitation and a green economy, among others– to be achieved worldwide by a 2030 deadline.