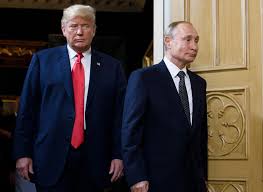 It was substantive, but it wasn't dramatic.
In the reserved manner of veteran diplomats with Harvard degrees, Bill Taylor and George Kent opened the public phase of the House impeachment inquiry into President Donald Trump on Wednesday by bearing witness to a scheme they described as not only wildly unorthodox but also in direct contravention of U.S. interests.

"It is clearly in our national interest to deter further Russian aggression," Taylor, the acting U.S. ambassador to Ukraine and a decorated Vietnam War veteran, said in explaining why Trump's decision to withhold congressionally appropriated aid to the most immediate target of Russian expansionism didn't align with U.S. policy.

But at a time when Democrats are simultaneously eager to influence public opinion in favor of ousting the president and quietly apprehensive that their hearings could stall or backfire, the first round felt more like the dress rehearsal for a serious one-act play than the opening night of a hit Broadway musical.

"In direct contravention of U.S. interests" says the NBC and quotes a member of the permanent state who declares "it is clearly in our national interest" to give weapons to Ukraine.