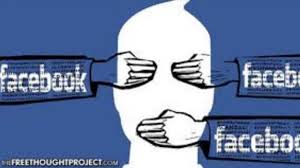 Unsurprisingly, the same people attempt to silence the opposing side who supports Trump, even if under their very same subpar standards.

Foaming at the mouth, liberals are furious that Don Trump Jr. retweeted an article from Breitbart, who reported on an investigation that names Eric Ciaramella as the whistleblower. Ironic that they are calling Jr's actions illegal for simply tweeting an article, yet launching the United States into an impeachment probe on the merits of a guy who heard something is perfectly fine.

Facebook removed Breitbart's post reporting on the whistleblower, which then received notifications saying their page was "at risk of being unpublished." In response to Breitbart questioning the removal, a Facebook spokesman issued the following statement:

Any mention of the potential whistleblower's name violates our coordinating harm policy, which prohibits content "outing of witness, informant, or activist." We are removing any and all mentions of the potential whistleblower's name and will revisit this decision should their name be widely published in the media or used by public figures in debate.