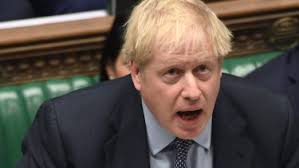 There had been a great deal of speculation around how Boris Johnson would resolve his competing claims that he would not ask for another Brexit delay — indeed, that he would "rather be dead in a ditch" — but that he would also "obey the law" in the form of the "Surrender Act", or Benn Act, ordering him to do so if MPs did not approve a deal-based or no-deal Brexit.

In the end, the Prime Minister did send the request letter mandated by the Act to President of the European Council Donald Tusk, which reads as follows:

The UK Parliament has passed the European Union (Withdrawal) (No. 2) Act 2019. Its provisions now require Her Majesty's Government to seek an extension of the period provided under Article 50(3) of the Treaty on European Union, including as applied by Article 106a of the Euratom Treaty, currently due to expire at 11 p.m. GMT on 31 October 2019, until 11 p.m. GMT on 31 January 2020.

I am writing therefore to inform the European Council that the United Kingdom is seeking a further extension to the period provided under Article 50(3) of the Treaty on European Union, including as applied by Article 106a of the Euratom Treaty. The United Kingdom proposes that this period should end at 11 p.m. GMT on 31 January 2020. If the parties are able to ratify before this date, the Government proposes that the period should be terminated early.