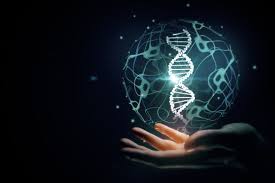 Jamie Metzl is an extremely impressive man. Having held senior positions on Clinton's National Security Council and Department of State, and Joe Biden's Senate Foreign Relations Committee, he's also been Executive VP of the Asia Society, a Senior Fellow at the Atlantic Council and a former partner in Cranmere LLC, a global investment company. Today, while he's not running ultra-marathons, he's best known as a geopolitics expert, futurist and author.

Metzl writes in science fiction and scientific non-fiction, and his latest book, Hacking Darwin: Genetic Engineering and the Future of Humanity, delivers a serious, strongly-researched warning on what's likely to happen if we sleepwalk into the genetics age.

We spoke to Metzl at WCIT 2019 in Yerevan, Armenia, where he appeared as a keynote speaker, moderator and panel member.

"Right now we're at this moment of super-convergence," Metzl tells us. "It's not any one technology that's determinative, it's all these technologies happening at the same time, because they're all influencing each other."

The first of these, Metzl outlines, is cheap sequencing of the human genome. We'll need a ton of genetic information to be able to find the patterns needed to move forward, and while the cost of full genome sequencing is currently the limiting factor, it's dropping steeply, from around US$2.7 billion in 2003, to less than US$600 today. That's going to have to come down by another order or two of magnitude before it starts getting used as a matter of routine.