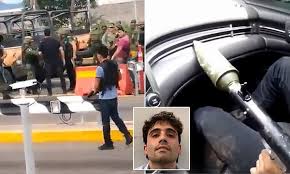 Heavy fighting broke out in Culiacán in northern Mexico on Thursday sparked by the brief arrest of Ovidio Guzmán López, one of El Chapo's sons