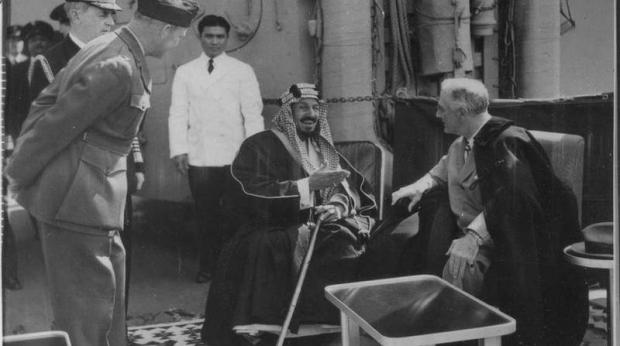 When a still-bewildered General Earl Charles Cornwallis surrendered his entire army to George Washington and to the Comte de Rochambeau at Yorktown in 1781, according to legend, a British military band heightened the humiliation by playing a ballad called, "The World Turned Upside Down." The composer Lin Manuel Miranda later reimagined the song as a hit number in his acclaimed modern musical "Hamilton."

In a time without speed of light communications, telegraph wires, radio or Internet, the fall of the British Empire in America still rocked the entire world. It was celebrated and welcomed from the Emir of Kuwait to the Tsarina Catherine in St. Petersburg.

Yet when the Houthi rebel movement that controls much of Yemen wiped out three Saudi Brigades and inflicted at least 2,500 casualties at the end of September, the Western media ignored it.

The outstanding analysis of Frederico Pierracini on this web site still stands virtually alone in offering unparalleled assessment of that event.

It is out of fashion among Western commentators to admit that any "decisive battles" can happen anywhere unless they are safely in the past and the United States has won them. But when the Nazi Wehrmacht overthrew the legendary French Army in six weeks of operations in 1940 and when the Red Army wiped out the elite combat forces of the Nazis at Stalingrad in the fall of 1942, those battles were indeed decisive and the clock could never be turned back from them.