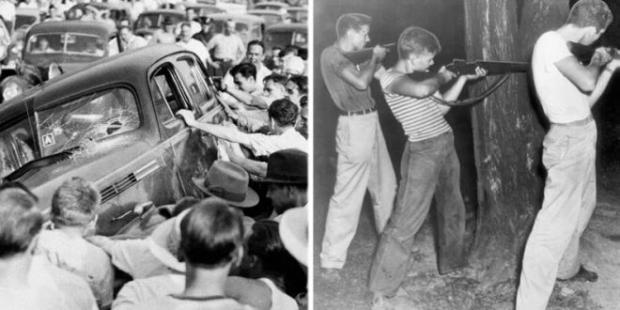 What they found, instead, infuriated them to the core. A power-hungry Democrat and his associates had since usurped local government and law enforcement, and had imposed a maniacal chokehold on the McMinn County town through extortive fines, excess laws, and arrests of anyone who opposed them.

While the soldiers were away fighting power-hungry foreign enemies in 1936, Paul Cantrell, a Democrat from a wealthy and prominent family, used that influence to win the position of sheriff. Though many Athens citizens strongly suspected Cantrell hadn't been elected through entirely legal means, there appeared to be no way to challenge the results.

As the years passed, Cantrell and his deputies took full advantage of Tennessee law which gave the unscrupulous men a fee for each person arrested, jailed, and released. According to some accounts, the lawmen even pulled over buses that happened to pass through town, summarily arrested everyone on board for drunkenness — whether or not they actually were — in order to profit handily from their misfortune.