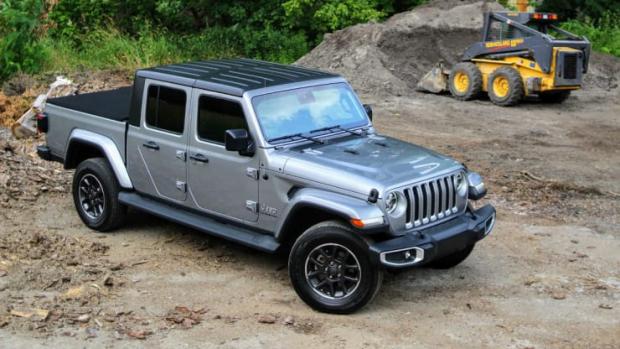 When Fiat and Chrysler merged to create Fiat Chrysler, it looked as though the company would use Fiat's small-car know-how to create a leaner, more efficient lineup better suited for the post-recession era.

But that's not exactly how it went. It turns out that, when gas stays cheap, Americans trend toward bigger and bigger vehicles. The Fiat brand has struggled, recently canceling its iconic 500 hatchback, while Chrysler's legacy Ram and Jeep truck lines become even more important profit centers for the company.

So with trucks selling at unbelievable rates and the Jeep Wrangler enjoying a sales boom, it's not shocking to see the return of the Jeep pickup truck. Dubbed the Gladiator, Jeep's Wrangler pickup is extremely cool, smartly designed and incredibly capable. It feels more modern and well-executed than anything else in the segment, but the best midsize truck is also the most expensive one.

Midsize trucks were one of the segments that suffered the most in the financial crisis. While full-size workhorse trucks like the Ford F-150 were too big to fail, sales of the Ford Ranger and Chevy Colorado crashed hard during the recession and never fully recovered before the models were canceled. Now, the Ranger and Colorado are back, but they're older designs than the all-new Gladiator.