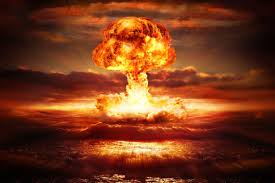 Iran did not attack the US.  Why is it a matter of war for Americans if Iran were to attack Saudi Arabia.  Why this announcement: " The Trump administration is weighing a range of options for a retaliatory action against Iran, including a cyberattack or physical strike on Iranian oil facilities or Revolutionary Guard assets, U.S. officials and others briefed on the deliberations told NBC News."

Two factors are driving the world to nuclear war. One is the constant stream of insults, false accusations and broken agreements that the West has been dumping on Russia year after year. The other is Russia's response, or, perhaps more correctly, the lack thereof.

Articles documenting Washington's betrayals and provocations of Russia are available online and on my website. There is no point in repeating them here.

I have pointed out that the Russian government's factual, diplomatic, and legal responses actually produce more provocations and insults. See, for example this, Stephen Lendman agrees and so does Peter Koenig.