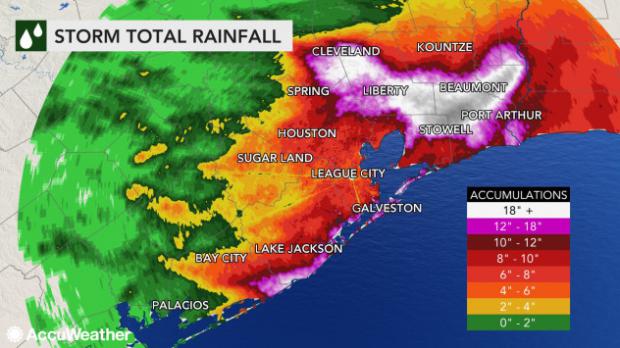 The catastrophic flooding is bringing back unwanted memories of Hurricane Harvey, which devastated the region back in 2017.

Hundreds of water rescues have been performed across the region with the worst of the flooding taking place near Beaumont, Texas, located east of Houston.

At least two fatalities have been reported in Texas amid the widespread flooding. The first happened in Jefferson County when a person drowned while trying to move a horse to safety. The second occurred in Harris County after a vehicle with several occupants became submerged while attempting to drive through a flooded road.

Authorities have urged residents to shelter in place and seek higher ground if possible. However, despite the warnings, there have been over 300 high-water rescues, many of which taking place after people attempted to drive through floodwaters.