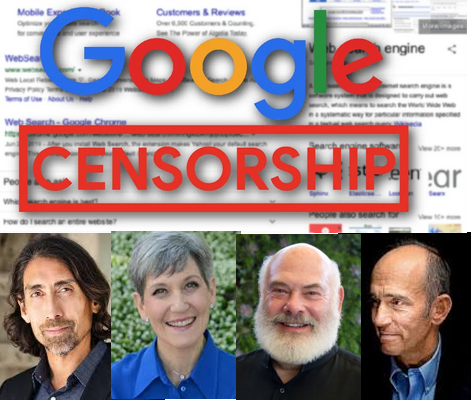 Osteopath and internet businessman Joseph Mercola reported that 99% of the traffic to his sometimes pugnacious mercola.com "natural health" website was killed. "Integrative medicine" was not spared. Visits to the much more tame Dr. Weil site from that field's godfather dropped 66%. In an August 2019 e-blast to his list of Minnesota holistic practitioners on Google's incendiary actions, an integrative leader of 40-years Bill Manahan, MD writes: ""I think you will find it pretty scary for those of us in the integrative, alternative, and functional medicine fields."

It is. McTaggert's story is a doorway into a sectoral and global hell. The McTaggert piece first reached me from a leader at Consciousness and Healing Initiative for which I service on a communications team. Other readers of the Integrator newsletter also tipped me. The news is stark. Changed Google algorithms cut in half traffic on her e-magazine site What Doctors Don't Tell You. She reported Mercola's even more devastating losses while also sharing Mercola's belief that Google's additional manual manipulation of search targets cut down additional traffic where the algorithms hadn't already driven in the knives. Why? Via associative laws – such as Google's investment in pharmaceutical solutions – McTaggert puts big pharma at the calamitous keyboard. Manahan's e-blast shares that others like author Christiane Northrup, MD agree. McTaggert calls it "a massive concerted effort by Big Tech and giant corporations to censor the information you are allowed to see."

The ability to create such damage to choice, to freedom, and to health has multiple causes. The most powerful has absolutely nothing to do with alternative, complementary or integrative medicine, per se. Nor is it connected to a site's takes on vaccinations, Gwyneth Paltrow's Goop, the existence of the Biofield or of energy medicine "woo" at any level of science. Nor does it have to do with the internet era, though the web certainly metastasizes its effect.

Rather, the danger enveloping the situation is that we the people have allowed economic power to consolidate into very, very few hands. A few fallible human being, as curtained as the Wizard of Oz, can flip a switch that is as massive in its reach as it is presently unassailable in its influence. The information related to so many governments, individuals and organizations have become desaparcidos (disappeared) or are otherwise damaged in Google's own kind of of subway poisoning that their activity has merited its own Wikipedia page: Censorship by Google.