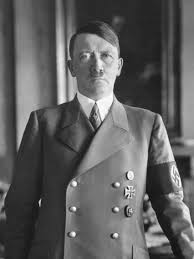 A number of historians, including the German Thomas Weber, are now declaring that Hitler was personally involved with a whole different crowd who opposed anything remotely conservative or classical liberal.

In truth, Hitler was involved in an extreme left-wing political movement and revolution, sporting a red armband while working on behalf of the Communist Party of Germany in Munich. In fact, on the second day after the Communists declared the Bavarian Soviet Republic on April 6, 1919, Hitler sought and won an elected position in the Communist government. Bluntly, Hitler participated in a Communist regime even during a period that resembled a Lenin-like reign of terror.

Where is the historical proof? It comes from military archives from Hitler's barracks, which Thomas Weber discovered in Munich during research for his 2011 book Hitler's First War. Thought to be lost during WWII Allied bombing campaign of Munich, these archives provide clear evidence that Hitler threw his hat into the ring within two days of the communist seizure of the Bavarian government. Elected "Deputy Battalion Representative," Hitler appeared determined to support the revolutionary socialist Räterepublik, which waslead by the Jewish, Russian-born Communist revolutionary leader Eugen Leviné. And in doing so, Hitler was pledging his allegiance to Lenin's Soviet Russia. In fact, Weber revealed that Hitler earned the second-highest number of votes in his unit, resulting in his victory for the Ersatz-Bataillons-Rat position. According to Weber, Hitler's actions made him a "more significant cog in the machine of Socialism," helping to "sustain the Soviet Republic."