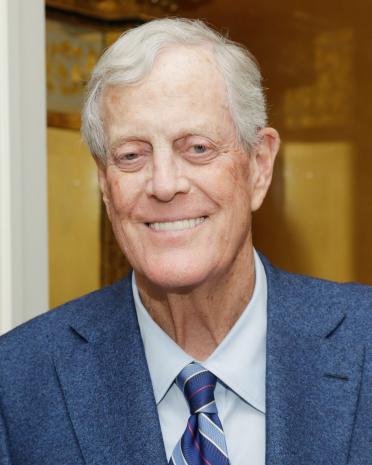 "David Hamilton Koch, longtime stockholder, director, and leader in Koch Industries, passed away on August 23, 2019, at age 79 after many years of fighting various illnesses," the company said in a statement.

Koch, one of four brothers, survived cancer and a plane crash, the company noted. He was once a Libertarian Party vice presidential candidate and a businessman and engineer.

Koch and his brother Charles Koch were both known as conservatives and philanthropists, donating money to conservative causes as well as to a wide range of charities. They co-owned Koch Industries before David Koch retired last year.

At the time of his retirement, Koch's net worth was estimated at $42.4 billion, making him the 11th richest person in the world, Forbes reported at the time.

COVID Derangement Syndrome (CDS) on parade: Mainstream media tells you everyone will die...

Patriot Prayer founder: Dead man in Portland was a supporter

Why Idealism Leads to Death

Why Americans Should Adopt The Sweden Model On COVID-19

In Sweden, Where There Was No Lockdown, COVID Cases & Deaths Have Slowed to a Trickle