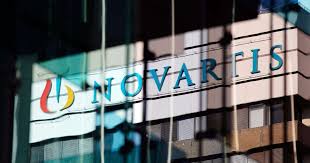 The drug will stay on the market for now, since the human trial data still stands

But the FDA is considering criminal penalties for Novartis

The most expensive drug ever, which hit the US market in May, was approved after its manufacturer manipulated testing data, US regulators have revealed.

Novartis applied to sell Zolgensma, a gene therapy for children under two with spinal muscular atrophy, for an eye-watering $2.1 million last year.

The application included scores of reports demonstrating the drug's safety and effectiveness in both animals and humans.

But on Tuesday, the US Food and Drug Administration said Swiss drugmaker Novartis has since conceded that some of the animal data was doctored.

Though Zolgensma will stay on the market for now, since the human trial data still stands, the FDA is considering criminal penalties for Novartis.