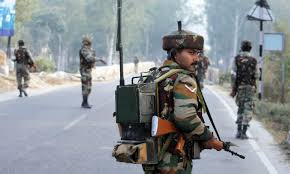 "Pakistan Army firmly stands by the Kashmiris in their just struggle to the very end," said General Qamar Javed Bajwa after meeting with top commanders over the crisis.

"We are prepared and shall go to any extent to fulfill our obligations in this regard," he added, without specifying what form this might take. At the same time Pakistan's foreign minister informed the United Nations it is prepared to act in response to the "critical situation".

The now voided Article 370 is legally and historically what assured a high degree autonomy for the Indian administered Muslim-majority state, enshrined in the constitution, which inhabitants there see as justifying remaining part of India. The Hindu nationalist Bharatiya Janata leadership in New Delhi, led by Prime Minister Narendra Modi, revoked the Jammu and Kashmir's (J&K) status quo ability and rights to maintain their own local governance on Monday.

We noted this could put India and Pakistan on a direct collision course for war, following reports of weekend shelling in the contested region by Indian forces — indeed CNN has reported Indian-controlled Kashmir is on "lockdown" with phone lines and internet cut, as tens of thousands of Indian troops have been freshly deployed, and with key prominent local politicians under house arrest.

Videos out of Jammu posted to social media showed uniformed Indian soldiers filing through the streets in densely populated towns immediately following the revocation of Jammu and Kashmir's special status.