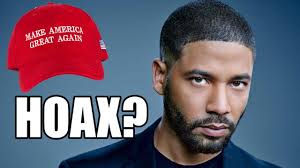 Before this article gets started publishing new information regarding the Smollett attempted false flag designed to start race riots, I have a couple of announcements that will set the stage for the information reported here and this will be more information which will serve to validate the claims here.

The scope of the Smollett case has sufficiently expanded to where I can release more information regarding the case without compromising my confidential informant (CI).

In a seemingly unrelated reported that was previously filed on the CSS, the end game of the Smollett attempted and failed false flag incident involves the peacekeeping efforts of the United Nations peacekeepers in a sovereign country under a 29 nation agreement called the Kigali Principles. This agreement allows the UN, under their own authority for the signatories, to militarily enter into a country, in force, and re-establish the order as they see fit. As previously published in the CSS,  the impacted nation(s) must submit their military to the authority of the UN. In part, this was rehearsed, but not formally published in Jade Helm 16. Former President Obama and then Secretary of State, John Kerry signed the agreement the same year. On August 19, 2018, I published an article in which I asked the question: Isn't this a sign of things to come? The article further went on to say… "that In December of 2017 the Cook County Commissioners openly planned to bring in UN troops ostensibly designed to curb gang violence in the Windy City. Now, Chicago has just had a weekend where 75 people were shot. This kind of situation will the gateway to allow foreign peacekeepers on our soil". I followed this up with a Youtube video with more information.