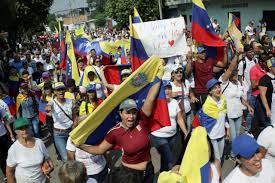 Furthermore, even when Congress proactively has engaged to limit US intervention abroad, as it did in the case of Libya in 2011, Syria during the entire 2012-2017 conflict, and most recently Saudi Arabia's war on Yemen, its resolutions have been summarily ignored.

Which is why it was impossible not to smirk when moments ago House of Representatives Foreign Affairs Committee Chairman Eliot Engel said that "Congress would not support a US military intervention in Venezuela" during a hearing on the crisis in Venezuela on Wednesday.

Actually, Mr Engel, it is usually the CIA that decides "where and how" the US military is used, and it is US defense companies that help prepare the "analysis" (usually in the form of ROI) used by the CIA.