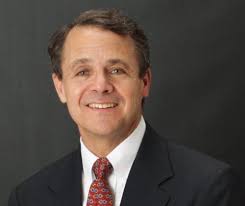 While U.S. sanctions technically permit Iran to import medicines, it is actually just a ruse to make it look like U.S. officials are kind, compassionate, and benevolent. In actuality, the way the sanctions work will mean that the Iranian people will inevitably be deprived of much-needed medicines. That's because the U.S. extends its sanctions system to banks that process payments to Iran, which is likely to inhibit the importation of medicines into Iran.

But that's the point behind the sanctions: to kill as many Iranians as possible in the hope that they will rise up in a violent revolution, oust Iran's anti-U.S. regime from power, and install another pro-U.S. regime, like that of the Shah of Iran, who the CIA installed into power in its 1953 coup that destroyed Iran's experiment with democracy.

Never mind that the Iranians, who live in a country that has strict gun control, lack the means to violently overthrow their government. And never mind that hundreds of thousands of Iranians would likely die in such a revolution, just like what has happened in the U.S.-supported revolution in Syria.

Those deaths wouldn't matter to U.S. officials. They would be considered "worth it," especially if they brought a pro-U.S. regime into power in Iran.

Recall that those were the words that U.S. Ambassador to the United Nations used back in 1996, when the U.S. government was enforcing sanctions against Iraq.

The Iraq sanctions had already killed hundreds of thousands of Iraqi children. The idea was that if Iraqi parents became sufficiently upset with their children dying, they would oust their dictator, Saddam Hussein, from power and replace him with a pro-U.S. dictator.

After some six years of deaths of Iraqi children, however, the sanctions had still not produced the desired result. Saddam was still in power. The CBS news program "Sixty Minutes" asked Albright if the sanctions were worth it. She replied that the sanctions were, in fact, worth it. She was expressing the official position of the Clinton administration. That's because killing those Iraqi children was viewed in the same way as killing Iranians today: as a means by which a pro-U.S. regime could be installed into power.

One of the ironies of the Iraq sanctions is that in the previous decade, U.S. officials had partnered with Saddam, even furnishing him those infamous WMDs that would later serve as the bogus excuse for invading Iraq in 2001. (See here and here.)

Why was the U.S. government partnering in the 1980s with Saddam, the man they would try to oust from power in the 1990s by killing Iraqi children? They were helping him kill Iranians in the war that he had started against Iran. U.S. officials were so angry that the Iranian people had ousted the CIA-installed Shah in their 1979 revolution that they decided to use Saddam in the 1980s to exact their revenge by helping him to kill Iranians.

What U.S. officials did to an American man named Bert Sacks serves as a valuable lesson for anyone, including banks who process payments, who tries to help the Iranian people. Sachs believed that the sanctions were a moral abomination. He wasn't the only one. Three high officials in the United Nations resigned their positions in a crisis of conscience against what was considered by some to be a U.S. genocide against Iraqi children.