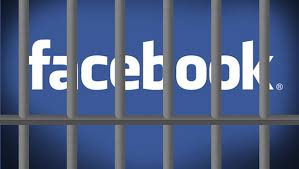 Facebook founder Mark Zuckerberg is in the hot-seat this week as he gets grilled by Washington lawmakers about the privacy practices of the largest social media company in the world.

The Cambridge Analytica data breach by Facebook has exposed the personal, and supposedly private, information of at least 71 million Americans to commercial electioneering companies, and foreign nations, so that psychological profiles can be created on each Facebook user, and their friends, then matched to registered voter databases and targeted with propoganda to influence their vote or to manipulate their viewpoints based on what type of messaging their profile and online activity indicate they would be susceptible to.

In 2014, during the run-up to the the 2016 presidential election, Cambridge University professor, Dr. Aleksandr Kogan, got permission for a research project from Facebook to use an app he created to tap into users accounts and retrieve their posts, pictures, likes, dislikes, online activity and other personal account and personality details – which also allowed for the collection of that data from all of their Facebook connected friends, without their permission.  Dr. Kogan collected Facebook data on millions of accounts and then sold it to Cambridge Analytica, the company founded by Steve Bannon and his GOP funders.  It was originally used, and probably created for, the Ted Cruz presidential campaign but Ben Carson also used the service during his election campaign until Donald Trump won the Republican nomination, then Cambridge Analytica got behind Trump.

Christopher Wylie, the man who created Cambridge Analytica, claims his company has created psychological profiles on a lot more than the 84 million worldwide users (71 million American users) routiney reported in the media.  In an interview with the Guardian, Wylie stated, "The company has created psychological profiles on 230 million Americans."  That's the total United States Facebook database.

In addition to being a professor at Cambridge University, The "researcher" who Facebook authorized to download American user data, Dr. Aleksandr Kogan, is also an associate Professor at the University of Saint Petersburg, in Russia.  Dr. Kogan has received grants from the Russian government to research "Stress, health and psychological wellbeing in social networks" – or is that just a front for recreating the Cambridge Analytica App for the Russian Federation?

Cambridge Analytica founder Christopher Wylie thought it was strange that an oil company would want to know details about how his app worked, but he was happy to comply. Lukoil received detailed descriptions of exactly how the Cambridge Analytica system leverages Facebook, microtargeting, data and election disruption techniques to win an election – they were given enough information for any foreign government to reverse engineer the design – if they had the Facebook data, which we can assume they also purchased from Dr. Kogan.