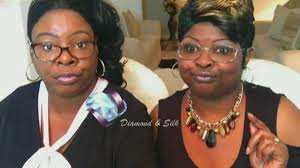 The pro-Trump pair posted on the embattled social media platform on Friday night, saying after months of correspondence, they were deemed to be "unsafe to the community."

"Diamond And Silk have been corresponding since September 7, 2017, with Facebook (owned by Mark Zuckerberg), about their bias censorship and discrimination against D&S brand page," they wrote.

"Finally after several emails, chats, phone calls, appeals, beating around the bush, lies, and giving us the run around, Facebook gave us another bogus reason why Millions of people who have liked and/or followed our page no longer receives notification and why our page, post and video reach was reduced by a very large percentage," echoing the complaints of many conservative and pro-Trump pages.