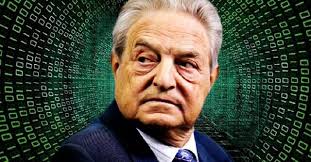 The leaked document also outlines a nationwide advertising campaign this month, as well as a drive to recruit major Tory donors in an attempt to undermine Prime Minister Theresa May and influence MPs.

It also plans to target MPs and convince them to vote against the final Brexit deal to trigger another referendum or general election, according to a strategy document leaked from a meeting of the group.

The document says the campaign, which will begin by the end of this month, must "wake the country up and assert that Brexit is not a done deal. That it's not too late to stop Brexit". -Telegraph

According to the Telegraph, MPs in 100 "Leave-supporting constituencies" will be pressured using "a range of guerrilla marketing tactics" to vote against Brexit. In addition to a series of "momentum-style" mass rallies and concerts planned by the "Remain" proponents, the campaign will reportedly have a "heavy youth focus."

Soros's involvement in the scheme emerged after he entertained six Conservative donors at his Chelsea mansion last Monday.

His involvement comes more than 25 years after he made over £1 billion betting against the pound shortly before the UK withdrew from the European Exchange Rate Mechanism. More recently he has been accused of organising rallies against Donald Trump in the US and interfering in the democracies of several European nations.

Also at the dinner were Stephen Peel, a businessman and former Olympic rower who is also said to be putting money into the new venture and is on the board of Best for Britain; Lord Malloch-Brown, the former Labour minister and chairman of Best for Britain; and Sir Martin Sorrell, the chief executive of the advertising firm WPP.

Soros also invited a select group of Tory donors to the event, who were told that the goal of Best for Britain was "to raise public support for Remain to a clear and growing national majority by June/July 2018 and channelling that pressure into MPs' mailbags and surgeries"

According to sources who were at the dinner, however, Best for Britain's pitch fell flat, and donors left Soros's house without pledging any money.