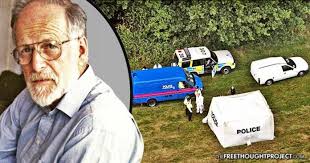 In 2003, Dr. David Kelly, formerly a United Nations (UN) weapons inspector and member of the Ministry of Defence (UK), walked into the woods near his home, ate a couple dozen opiates, slit his left wrist, and died.

That was the official cause of death, but conspiracy theorists believe Kelly was killed by members of his own government. Even now, after 14 years, many activists say an official coroner's inquiry into his death should take place. But it's what Kelly said, or was reported to have said, which some believe got him officially assassinated, and his death made to look like a suicide.

After 9/11/01, just as the United States needed Iraq to possess weapons of mass destruction (WMDs), so did the United Kingdom need the Middle Eastern county to possess them in an effort to get its people on board with a preemptive attack on a sovereign nation. Kelly was a chemical weapons experts employed by the United Nations to inspect Iraq's chemical weapons programs.