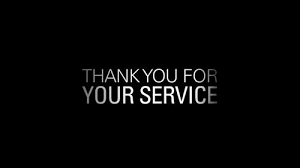 Yet, hardly anyone ever makes a critical examination of what exactly the "service" for which they are expressing gratitude actually consists. It's just automatically assumed that the service consists of "defending our country" or "protecting our rights and freedom."

My hunch is that when the bromide is expressed, most people have in mind Iraq and Afghanistan. That's because oftentimes the bromide is accompanied by a reference to the "ultimate sacrifice" that some soldiers have made, which means they have been killed in battle.

Yet, there is one glaring fact about the U.S. wars in Iraq and Afghanistan: They have nothing to do with protecting our country or our freedom. They never have. That's because neither Iraq nor Afghanistan has ever attacked or invaded the United States and tried to conquer our country. As a practical matter, that's the only way they could take away our freedom.

What then is the real service that U.S. troops have performed and continue to perform in Iraq and Afghanistan for which people express gratitude?

"I Am So Angry My Mind's Gone Blank": China Outrage Explodes After Beijing Propaganda

Yalta and the Death of the 'Good War'

Will Censorship Prevail Over the First Amendment?

Does Jeff Bezos Want To Take Over The State Next?