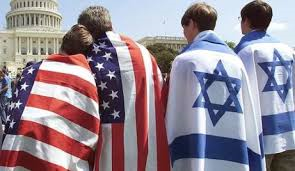 I am reluctant to write about the "Israel problem" at the heart of U.S. foreign policy two weeks in a row but it seems that the story just will not go away as the usual suspects pile on the Barack Obama Administration over its alleged betrayal of America's "best and greatest friend and ally in the whole world."

Even as Israeli Prime Minister Benjamin Netanyahu and his gaggle of war criminals continue to foam at the mouth over the United Nations vote it is, in truth, difficult to blame Israel for what is happening. The Israelis are acting on what they see as their self interest in dominating their neighbors militarily and having a free hand to deal with the Palestinians in any way they see fit. And as for their relationship with Washington, what could be better than getting billions of dollars every year, advanced weapons and unlimited political cover in exchange for absolutely nothing?

Surely even Prime Minister Benjamin Netanyahu knows that the settlements are illegal under international law and are an impediment to any peaceful resolution with the Palestinians, which is what Resolution 2334 says. It has been U.S. policy to oppose them since they first starting popping up like mushrooms, but Netanyahu has encouraging their expansion in full knowledge that he is creating facts on the ground that will be irreversible. He has also pledged to his voters that he will not permit the creation of a Palestinian state, so why should anyone be confused about his intentions?