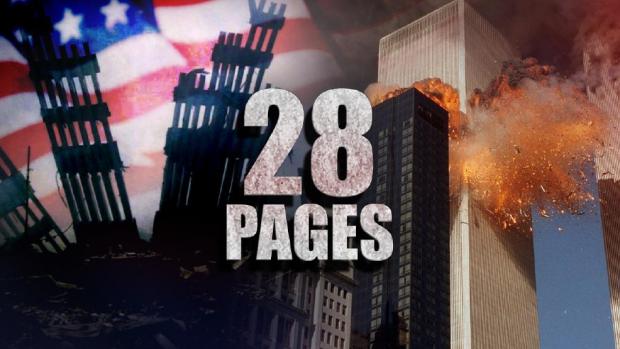 The 28 Pages make it clear that the hijackers had handlers who were reporting to, funded by and taking directions from figures at the highest levels of the Saudi government. But to understand why that conclusion follows inescapably from the revelations in these pages, it is essential to know how these lines of control work, both in intelligence agencies in general and within the Saudi royal family in particular.

Together with what is already known, this document is explosive.

Reports related to the 28 Pages – as well as all US and foreign government talking points – have focused on two claims in order to discredit or minimize the document:

The information contained within the 28 page document is "raw" and unvetted.

There is no new information in the document.

The arguments that the 28 Pages provides no new information does not account for the new pieces of information that it does include as well as the context it provides.

In order to fully grasp the connections of the people named in the 28 Pages, it is imperative that readers have a good grasp of how intelligence agencies work and are structured. By understanding how the people named relate to one another and their particular functions, people will come to the inescapable conclusion that these relationships cannot be written off as mere coincidence.

Because most intelligent agencies are structured like the Central Intelligence Agency, the CIA will be used as a model for the purposes of this discussion. The CIA has its headquarters in its home country, specifically at Langley.

Foreign stations are "officially" located within the embassy of the home country. For example, the US embassy in Rome houses the CIA Rome station. These stations are known to the host country (for example, Italy), hence they are official. The host country usually does not know which employees are diplomats, embassy/consulate employees and which are spies, as all employees have official cover (meaning, they work for the embassy or consulate in some capacity). There are other "unofficial" stations. Those are unknown to the host country.