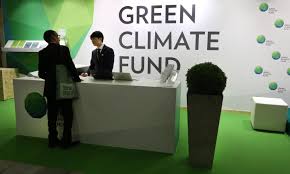 WASHINGTON, March 7 (Reuters) - The United States has paid $500 million into the United Nations' Green Climate Fund, the first tranche of the $3 billion it pledged as part of the commitments it made in the December Paris Climate Agreement, the State Department confirmed Monday.

"This grant is the first step toward meeting the president's commitment of $3 billion to the GCF, and shows that the United States stands squarely behind our international climate commitments," a State Department spokesman said.

The United States in 2014 pledged $3 billion for the GCF, to be used by poor and climate-vulnerable countries for transformational projects to adopt cleaner energy technologies and build their resistance against the impact of climate change.

But the ability of the United States to deliver the funds had been in doubt because Republican members of Congress had threatened to block federal funds for climate aid as part of their efforts to undermine U.S. participation in the Paris agreement. They said Congress first needs to scrutinize details of the accord before it releases funds.

But lawmakers did not block the funds in December after they wrapped up a sprawling budget deal to keep the U.S. government operating through next September.