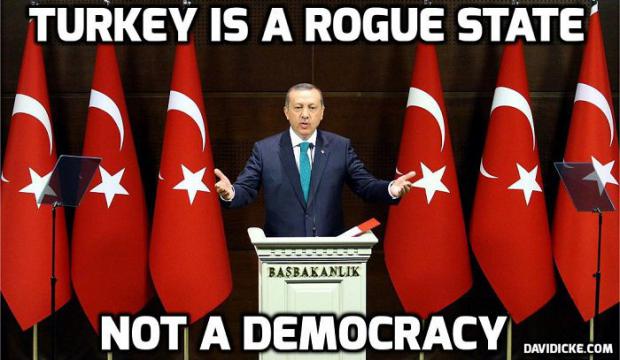 "Since 2011, an unprecedented terrorist war has been waged against the Syrian Arab Republic by armed terrorist groups, the members of which come from more than 100 countries," Ja'afari, Syria's permanent representative to the UN, wrote in his letter to the world body, TASS reported. "Those groups are being provided with funding, weapons, materiel and logistical support by states and regimes from the region and beyond."

While mentioning other players allegedly involved in the spread of Islamist terrorism, Ja'afari accused Turkey and President Recep Tayyip Erdogan of playing the most active role.

"During the crisis, Turkish interference in Syria's internal affairs took many forms, including direct involvement of the regime of Erdogan, the Turkish armed forces in offensive military operations in support of terrorists," Ja'afari wrote to UN Secretary-General Ban Ki-moon and the UN Security Council, as cited by RIA Novosti.

"Those [Turkish] forces have also provided covering fire for the terrorists' movements inside Syrian territory or along the Syrian-Turkish border, in order to facilitate the infiltration of terrorist mercenaries from Turkish territory into Syrian territory," the letter said.