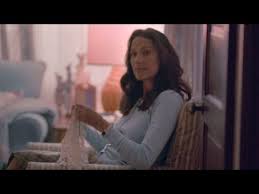 The Ad Council has responded to concerns about a bizarre PSA it created in partnership with AARP that features a news broadcast reporting on the announcement of martial law following nationwide riots.

The commercial, which promotes the Ad Council's Caregiver Assistance program, includes the background audio of a TV news anchor announcing, "Riots nationwide have prompted local governments to declare martial law….the President is asking that citizens find safety and remain calm….authorities are working to contain the outbreak."

The audio cannot be picked up consciously and is only heard with the volume turned up.

After numerous people contacted the Ad Council on Twitter asking for an explanation, the organization published the following response;

"We appreciate those of you who have taken the time to voice your concerns about our Caregivers Assistance PSA and concerns about the background audio file. Our pro bono ad agency who created this video, used a pre-existing, fictional vintage audio file as ambient background noise to invoke an earlier era; it was not intended to provide any additional messaging or for any additional purpose."