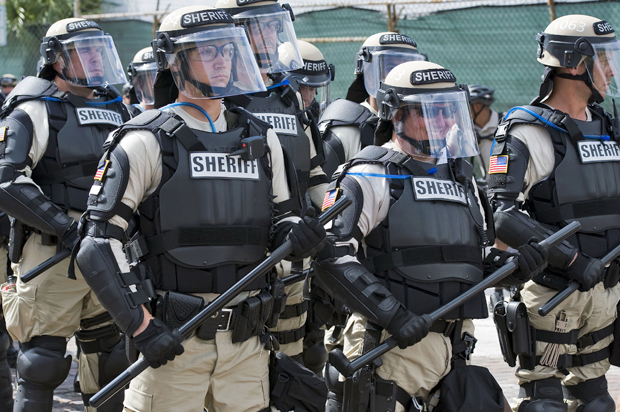 In the weeks since Michael Brown, an unarmed 18-year-old, was shot dead by a police officer in Ferguson, Missouri, protesters have faced down a police force so militarized that it has made international headlines. Images coming out of Ferguson show police stationed atop military-style vehicles with assault rifles aimed at civilians. Journalists have been arrested while doing their job. Police have used tear gas, rubber bullets, wooden bullets, flash bombs, sound bombs and smoke bombs on unarmed civilians.

We entrust police offices with enormous power. Accordingly, we expect them to show more restraint, patience and care than other citizens. The images coming out of Ferguson depict failure on each front.

Part of the problem may be the way the police are dressed. As the saying goes, "the clothes make the man." In Ferguson, the men who work as police dress like soldiers. Dressing police in camouflage is certainly ridiculous (John Oliver recently quipped, "If they want to blend in with their surroundings, they should be dressed like a dollar store"), but recent psychological research now indicates that the effect of militarized dress may be much more insidious.