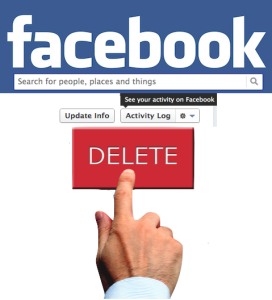 Facebook went down for nearly an hour on Friday.

Other users complained that Facebook was running slowly. There were also problems with Facebook's mobile apps.

A Facebook spokesperson confirmed that service has been restored for most people. However, it's still unclear what the cause of the outage was.