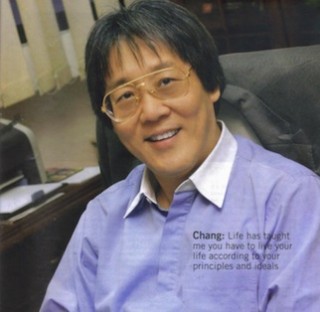 Matthias Chang, a barrister who served as Political Secretary to the Fourth Prime Minister of Malaysia, Dr. Mahathir Mohamad, explained why only a remote-hijacking “fly by wire” scenario can explain the plane’s disappearance.

Read Matthias Chang’s MH 370 – A Sinister Tragedy In the Fog of Coincidence?

In an exclusive interview with Truth Jihad Radio, Chang – who remains well-connected with the highest political levels in Malaysia – patiently explained why all of the evidence points to a remote hijacking by one of the handful of countries capable of such a technological feat. He expressed annoyance with Western media criticism of the Malaysian government, arguing that it is Western governments, not Malaysia’s, that are covering up what they know while the media fails to ask the hard questions.

[The audio interview will be posted for Truthjihad.com subscribers by this evening here.]

During our interview on the morning of Friday April 4th (Malaysia time) Matthias Chang told me: “I want to raise a point that has not been much discussed in either the mainstream or alternative media, which is that the technology of autopilot has been in existence for a long time. Since September 11th, more sophisticated systems have been placed in all planes to avoid any hijackings. If there is a hijacking in progress it kicks in and flies to an airport to land safely. The system can be triggered by the pilot himself from the cockpit, or it can be triggered by ground control. And by ‘ground control’ I mean it can be operated from land, an AWAC plane, or a ship, by an entity that has the capability and technology to fly the plane remotely. That technology is out there.”

Chang pointed out that only remote-hijacking can explain the plane’s flight path: “This plane is flying for six hours on its own. Who’s flying the plane? The entity flying the plane must be those with the technology that’s used now to pilot drones. We know drones have been flown in Afghanistan from Florida. We have seen video tapes and news broadcasts about how ‘pilots’ in Florida are flying planes and drones in Afghanistan as if they are playing computer games.”

Chang explained that the Western media’s pilot suicide hypothesis “doesn’t hold water. If you’re a pilot, why turn back, go north to Thailand where there are military exercises going on, and you will know from the radar that other planes are flying, then turn south and fly for six hours? That’s ridiculous. Also, most suicides leave notes explaining why. This is another huge question mark. Why this accusation of the pilot, when the facts are inconsistent with suicide?”

Suggesting that the Western countries have been leading the public on a wild goose chase, Chang explained:

“During the past four weeks, we have heard of various countries providing data. Australia said there were two floating objects west of Perth, but when ships were sent they were not found. France, also, said they discovered two objects. When the search planes went, these too couldn’t be found. The satellite of Thailand (a US client state) found two objects. It was sea rubbish. This was followed by (US occupied) Japan saying they found objects. But those objects were not MH370s. The British firm Inmarsat, using its calculations, said the plane would have crashed in the area where the objects were located. But subsequently Boeing, doing new calculations projecting faster flight at lower altitude, said the plane could have ended somewhere 1000 miles north of the previously projected location.”