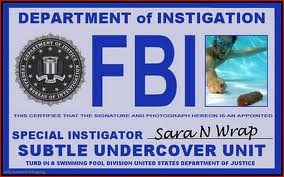 David Williams did not have an easy life. He moved to Newburgh, a gritty, impoverished town on the banks of the Hudson an hour or so north of New York, at just 10 years old. For a young, black American boy with a father in jail, trouble was everywhere.

Williams also made bad choices. He ended up going to jail for dealing drugs. When he came out in 2007 he tried to go straight, but money was tight and his brother, Lord, needed cash for a liver transplant. Life is hard in Newburgh if you are poor, have a drug rap and need cash quickly.

His aunt, Alicia McWilliams, was honest about the tough streets her nephew was dealing with. "Newburgh is a hard place," she said. So it was perhaps no surprise that in May, 2009, David Williams was arrested again and hit with a 25-year jail sentence. But it was not for drugs offences. Or any other common crime. Instead Williams and three other struggling local men beset by drug, criminal and mental health issues were convicted of an Islamic terrorist plot to blow up Jewish synagogues and shoot down military jets with missiles.

The FBI a bunch of upstanding people that hacked the arms and legs off of Gordon Kahl with an axe while he was still alive:
http://www.constitution.org/abus/gkahl/kahl.htm