Live Streaming Broadcast of the show can be viewed here: 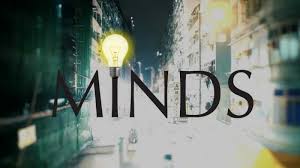 Minds is a social networking platform built on a foundation of privacy, transparency and rewards. All of our code is 100% free and open source for maximum transparency and accountability through peer review.

Minds leverages blockchain technology to enable decentralized peer-to-peer payments between content creators, advertisers and consumers. Users are rewarded with cryptocurrency based on their daily contribution to the network (i.e. unique interaction, referrals, activity) and can exchange the cryptocurrency for advertising views or premium content subscriptions.

Eric Brakey is a tenth generation Mainer who became the youngest state senator in America five years when elected age 26. He ran his campaign with the theme "Restore Maine's Future" and defeated a 36-year Democrat incumbent by an 18 point margin. During his time in the state Senate, he passed several laws to protect the freedoms of Maine people and served as chairman of the Health and Human Services Committee.

He is also the former Maine State Director of the 2012 Ron Paul for President campaign.

Eric has been a defender of liberty

Brakey's leadership in the 2012 Presidential Primary as the Maine state director for Ron Paul's campaign led directly to electing a majority of delegates to the Republican National Convention who supported Dr. Paul. Brakey put Maine front and center in the battle for the direction of the Republican Party.

Brakey led the Defense of Liberty PAC after the success of the 2012 Ron Paul campaign in Maine. By 2013 this political action committee was putting pressure on lawmakers to honor their oath to the Constitution. They were assigned grades with particular attention paid to those who violated that oath by opposing legislation to make it legal for Maine residents to carry concealed firearms. Eric continued that battle as a State Senator in Maine when he introduced a "Constitutional Carry" bill, among many others.

Brakey was elected to the state Senate for Maine's District 20 in 2014, knocking off a 36 year incumbent and then reelected in 2016. As Senator representing Androscoggin County, he took the reins as Senate Chairman of the Senate Health and Human Services Committee.

Brakey served two terms from 2014 – 2018 and in that short time, he was able to introduce and usher through Constitutional Carry, Welfare Reform, and Right to Try, all while increasing access to medical cannabis for Mainers with debilitating conditions and working with local 6th graders to legalize hedgehogs as pets.

As the State Capital, Senator Brakey earned the republication of a hard worker who stands on principle while seeking common ground.

Brakey ran for U.S. Senate in 2018 and was the Republican nominee. He finished with more support from Maine people than any challenger who had ever faced the incumbent, Angus King.

On September 17th, 2019 Eric Brakey officially announced that he will be running for U.S. Congress from Maine's 2nd District.

The American Conservative Union (ACU) ranked Brakey's voting record as the most conservative in the Maine Senate in 2015, 2016 and 2017.

The Club for Growth endorsed Eric Brakey for his campaign for U.S. Congress in 2020