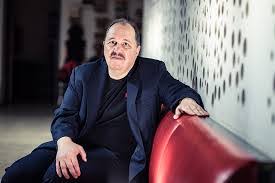 Continuing from the Part 2.

But if this was the good news – if what Jesus did was to open up a way to live as they do in the higher realms – then we'd expect to see some teachings on this subject.

And we have just that, in that Jesus explained, many times, how this process would work[1]:

The seed will be sown in many people, but will grow in those that correspond to "good ground."

The seed will start as a very small thing, but will grow into a very large thing.

It will be a progressive, organic process.

More than this, Jesus was very clear that he was instituting something new and radically different. In the 9th chapter of Matthew, teachers of the law complain to him that his students weren't behaving in approved ways. He responded by saying this:

No man sews a piece of new (unshrunken) cloth into an old garment, because that new cloth will pull away from the garment, and the tear will be made worse. Neither do men put new wine into old wine-skins, or else the skins will burst, the wine will be spilled, and the skins will be ruined. Men put new wine into new wine-skins, and both are preserved.

There's not a lot of distance between that and, "I'm teaching an entirely new model."

So, Jesus clearly laid a foundation for this new way to live by describing how those who did what he said would experience this in their lives. And that might have been enough. "Here's what will happen to you, and it will get you to your goal" is all that was really needed. Still, if I were present at the time, I certainly would have wanted more detail. And, as it happens, Jesus did give them more.

While it has gone almost entirely unnoticed, Jesus introduced a new model of judging right and wrong. It's been sitting openly in the pages of the gospels for a long, long time.

The old method is something we all reflexively assume these days. It was also the model Jesus faced directly in the Law of Moses. As we know, it works like this:

A set of rules are defined and ascribed to some higher power: A god, a king, wise men, the will of the people, etc.

People are punished if they do not obey the rules.

To establish themselves as "good," people show that they haven't broken any of the rules.

The fundamental concept of this model is that we must measure ourselves against an external standard. This seems very normal to those of us who've been raised this way, but rules operate on a different model than the human mind.

The rule model requires us to memorize data that we didn't produce and may not understand. And we're not good at that. Humans are great at recognizing patterns but bad at memorizing data. For us to remember things, we have to consider them meaningful in some way.

To state it plainly, the old model demotes our minds. It places our consciousness beneath the rule, subservient to it. The fascinating thing about Jesus' new model is that it makes the opposite structural assumption and places human consciousness in the top position, not in the subservient position.

Jesus placed human consciousness and its natural operations as the essential component, moving past the rules model.

The new model that Jesus taught works like this:

By doing things to others that they would not like themselves, they condemn their own actions.

By doing things to others what they would like themselves, they justify their actions.

This is the Golden Rule model, and we do see it in the world, but mostly in private or at the fringes. Jesus, however, placed it as the only and ultimate model and tossed the old model away.

The Kingdom of God PART 2: The Good News

The Kingdom of God PART 1: Introduction

Adolph and the Free Sh*t Model

The Religion of Jesus PART 7: His Key Characteristics

1 Comments in Response to The Kingdom of God PART 3: The New Model

People are punished by death if they don't obey the rules - of life. So, find someone who has obeyed the rules of life so well that they are alive after hundreds and thousands of years. Jesus was so obedient to the rules of life that He died and came back to life in 3 days. --- This whole universe is going down the tubes. You can see this in the fact that everyone dies. Jesus did what he did to save the souls - the inner identities - of all who believe in His strength to save them for the new universe that God is making. There will be no disobedience in that new universe. There will only be obedience and better obedience - good and better. There will be no death there, forever. This is the main message of Jesus. Obeying Him for this life might bring a bit of prosperity here. But what He really wants is for us to believe in Him to be saved for the new universe.