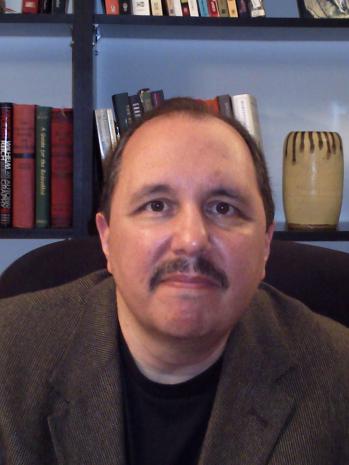 If you can ever get far enough from the status quo, one of the most shocking sights you'll see is the mass conspiracy of blame avoidance. This phenomenon is so pervasive  that most people go their entire lives without taking serious notice of it. It simply is, and the possibility of another way has never occurred to them.

People do see this from time to time of course, but only as it intrudes on them personally. And even then, they generally wander away from the conflict and slide back into the conspiracy, wondering what just happened.

I call this a mass conspiracy because it's something all of us enforce upon each other. I'm sure there must be a few people who've been immune to it since birth, but I can't really point to anyone. And while I was less prone to this than others by a good piece, I've enforced it upon others myself. (Though not in some time, I'm pleased to report.)

Let me start with the part of this most of us have run into:

Have you noticed that staying in lock-step with authority absolves you of blame?

And have you noticed that new things – things not acknowledged by authority – are held to the opposite standard: that even one flaw excludes them from consideration?

Everyone knows that these operations consistently fail the children they're supposed to save and that a shocking number of these children are ignored, abused, and even killed. The operators of the system, though, are never seriously held to account (certainly not personally), and their funding increases year after year.

Let someone propose a different way of handling the same "social" problems, however, and criticism jumps to the highest possible level. "What if" questions are not so much asked as launched at the new idea, and unless all of them are deflected, the new idea is instantly rejected.

That is simply illogical and unreasonable. In fact, it's cult-like.

If millions of us are doing this, you'd guess that there has to be some kind of payoff from it. And there is. The payoff is psychological comfort, and it works like this:

When we attack the new idea (social services-related or otherwise), we're not defending children from risks, we're defending our previous choices and the hedge that stands between us and blame.

Most people feel overmatched by the world. This begins in childhood and is nurtured in government schools, where years of an obscure but persistent curriculum teach us to obey without question and never to place our judgment above authority.

Because of this and other factors, we retain the sick feeling of being overmatched all our lives.

On top of that, we live in a guilt-ridden culture… and guilt feels bad.

And so we find refuge in a dimly recognized conspiracy:

We'll support authority – and will ridicule anyone who strays from it – so long as authority protects its adherents from blame.

You can see this in the way people deal with the edicts they are given by authority: They hide behind them.

Rules provided by authority stand as the responsible party instead of us. No matter that we actually performed a harmful action, if we did it under authority, we can hold ourselves blameless, to which other members of the conspiracy will attest.

And that's why we trash anything new and unauthorized, because if authority can be ignored, our protection from blame can be ignored too.

Are We Really That Fragile?

This conspiracy presumes that we're far too fragile to handle blame. It roots in our childhood vulnerabilities and calls up the intimidations of enforced schooling. Regardless that we're no longer fragile seven-year-olds, we feel that way… because the conspiracy was forged in us when we were weak seven-year-olds and rests upon those feelings.

The conspiracy, then, is cruel to us. We are no longer children, and we shouldn't still be suffering childhood fears. We no longer need parents. If anything, we need to be parents.

This conspiracy of blame avoidance further keeps us from appreciating ourselves. Because if we started taking blame for our faults, we'd also start accepting credit for our virtues and successes. And those are far more numerous.

I hope I've given you a glimpse of this mass conspiracy, because it's a sneaky and seductive destroyer.

We really have outgrown childhood and its fears. We'll do far better by leaving them and the conspiracy behind.