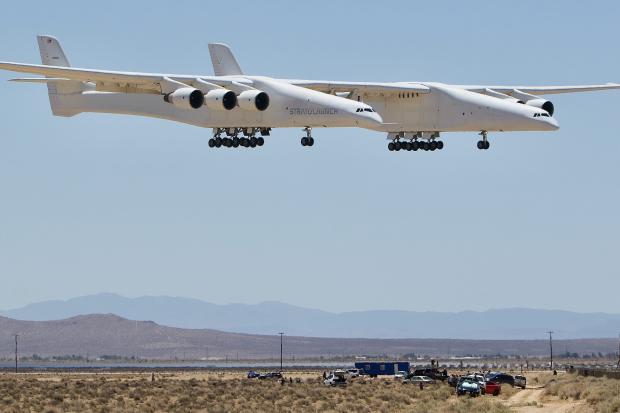 Spotters at the Mojave Air and Space Port told TheAviationist Thursday that Stratolaunch's twin-fuselage "Roc" airplane was outside its massive hanger with engines running.

Additional sources told the aviation blog, "the aircraft is being prepared for an upcoming test flight that is reported to include the separation drop-test of an unmanned Talon-A hypersonic mock-up that is being referred to as "Talon-0" for this reported upcoming test."

Sources familiar with the project said Roc may be ready for flight in "two to three weeks."

The reported upcoming flight of Stratolaunch in, "Two to three weeks" was described to TheAviationist as a test of how the reusable Talon-A unmanned hypersonic will separate from the Stratolaunch launch aircraft. The source told us that, "The Talon-0 is an accurate representation of the weight, C.G. [center of gravity] and aerodynamic characteristics of the Talon-1. It even has a system for pumping fluid to simulate fuel flow."

This would be the aircraft's eighth flight and the first with a hypersonic test vehicle though only separation tests will be conducted.

In the future, the Pentagon could be a top customer of Stratolaunch's launching services. The company has a contract with the Air Force Research Laboratory to test hypersonic vehicles.

As a reminder, America lags in the hypersonic race while Russia and China field these new weapons.