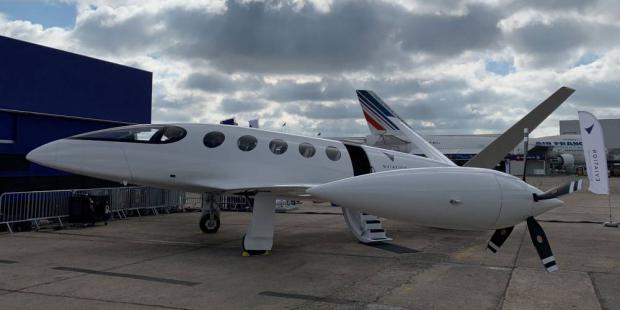 Alice took off at 7.10 am local time from Grant County International Airport in Washington state, and made a short, 8-minute circuit, reaching an altitude of 3,500 ft (1,067 m) before coming in and touching down.

"Today we embark on the next era of aviation – we have successfully electrified the skies with the unforgettable first flight of Alice," said Eviation President and CEO Gregory Davis. "People now know what affordable, clean and sustainable aviation looks and sounds like for the first time in a fixed-wing, all-electric aircraft. This ground-breaking milestone will lead innovation in sustainable air travel, and shape both passenger and cargo travel in the future."

It is indeed a significant moment, although there's a way to go yet. The Alice we see flying in the video below is still an experimentally registered prototype, rather than a fully certified production aircraft. Eviation still has to run it through a full and rigorous flight test regime, and jump through the many hoops of FAA certification, not just for the aircraft and all its systems, but also for the company itself as a design organization and a production facility. The company hopes to have this all squared away and get Alice into service by 2026.

US Home Prices Declined For 3rd Straight Month In September

Chinese Covid protests: Police crack down on backlash as crowds gather in cities

Hawaii is struck by 4.0 magnitude earthquake as Mauna Loa volcano continues to erupt...