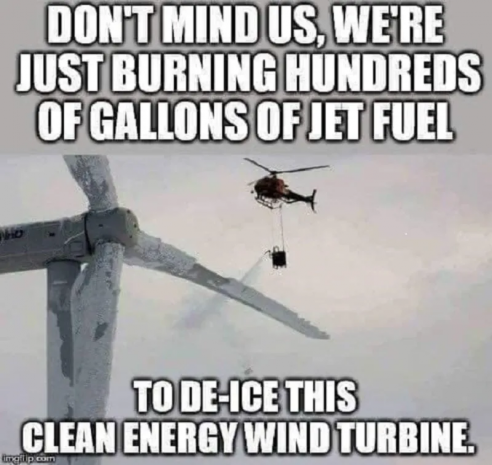 There are many reasons why Texas became like a Third World country, and we should be careful not to pin all the blame on just one factor. But it seems clear that the disaster was to a large degree caused by political decisions to shift toward "green" energy generated from solar and wind and by Governor Abbott's authoritarian Covid restrictions.

Abbott, who won a "wind leadership" award just this month, oversaw the near-collapse of wind energy generation last week. Yet the politicization of energy generation in favor of "green" alternatives over natural gas and other fossil fuels has led to the unintended consequences of freezing Texans facing multiple millions of dollars in property damage and worse.

Additionally, federal emissions and other restrictions forced Texas to beg Washington for permission to generate power at higher levels in anticipation of unprecedented demand. Governor Abbott finally received permission from the Department of Energy on February 14th, but by then many facilities found themselves off-line due to freezing conditions.

Why should the Federal government be allowed to freeze Texans to death in the name of controlling emissions from energy generation plants? It's a classic example of politics over people. I guess if you want to make a "Green New Deal" omelet, you have to break a few eggs.

Why Has The Fed Unleashed A Whirlwind of Inflation?

Fight Arizona and Call The Politicians Out! Do This Right or Don't Do It At All!

Can Your Own Convenience Meals - White Chicken Chili

Send Us A Farm And We Will Pay You CA$H!