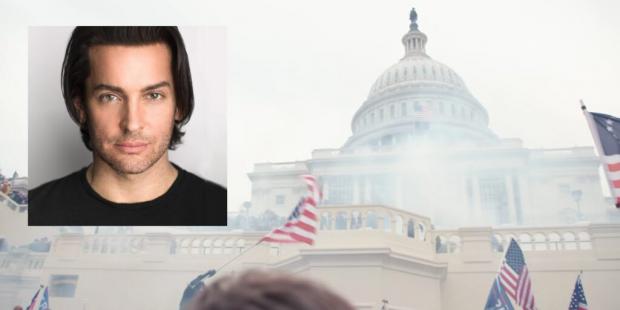 As an openly gay and flamboyant man with great interpersonal skills Straka made a compelling case that anyone that the GOP is the most tolerant and welcoming party in America.

No matter your background, all one needs is a belief in America's founding principles, a desire to be a rugged individual and a generous heart to be a member of our movement and Brandon was a great ambassador.

Now he is the custody of the political prosecutors down at the disgrace political police, otherwise known as the FBI:

According to the Gateway Pundit:

'FBI agents arrested 'Walkaway' founder Brandon Straka on Monday for his 'actions' at the US Capitol on January 6.

The 'WalkAway' campaign began on Facebook in the summer of 2018 after Straka, a handsome, gay hairdresser from New York posted a video explaining why he was walking away from the Democrat party.

The Walkaway movement attracted tens of thousands of people, making Straka a target of the Marxist left.

Straka, 44, was taken into custody on Monday by agents from the FBI Omaha Field Office and faces charges of impeding a law enforcement officer during civil disorder, knowingly entering and remaining on restricted grounds without lawful authority and/or engaging in disorderly conduct within proximity to a restricted building to impede official functions and engaging in disorderly conduct with intent to disturb a hearing before Congress

According to the complaint, the FBI received many tips about Brandon Straka's involvement in the protest at the Capitol, including one from his own relative.'