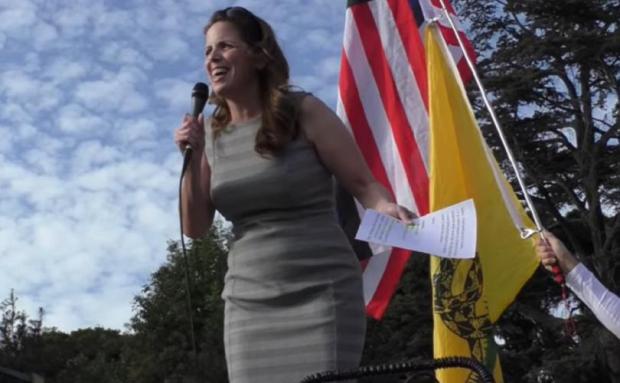 January 21, 2021 (LifeSiteNews) — Simone Gold, M.D., J.D., founder of the advocacy group America's Frontline Doctors, was arrested on Sunday for having entered the U.S. Capitol on January 6, the Department of Justice (DOJ) revealed. The DOJ added that she was "released on conditions" and has a virtual hearing scheduled for Thursday.

America's Frontline Doctors is a group of medical professionals who work to promote early COVID-19 therapies and to expose the influence of pharmaceutical companies on treatment protocol for the coronavirus.

Federal agents arrested Gold in California days after she publicly admitted that she had followed other protesters into the Capitol building two weeks ago, as Congress was scheduled to certify the 2020 presidential election. Officials also arrested John Strand, the communications director for America's Frontline Doctors, who had joined Gold at the Capitol.

"I can certainly speak to the place that I was, and it most emphatically was not a riot," Gold told the Washington Post in an interview on January 12.

She noted that she had traveled to Washington, D.C. to speak at a "Rally for Health Freedom" on the east side of the Capitol. "Where I was was incredibly peaceful," Gold said, adding that she thought protesters were legally entering the Capitol building.

Widely viewed footage from the Capitol on January 6 shows police removing barricades for protesters and standing by as they wander through the building. The DOJ has stated that there is no direct evidence that protesters intended to kill or capture lawmakers.

Photos and video cited in the affidavit supporting Gold's arrest warrant appear to show her walking through the doors of the Capitol building amid a crowd of protesters and giving a speech in Statutory Hall. While Gold was charged with "violent entry and disorderly conduct," the affidavit never claims that Gold or Strand acted violently.

Arizona Goes to the Supreme Court