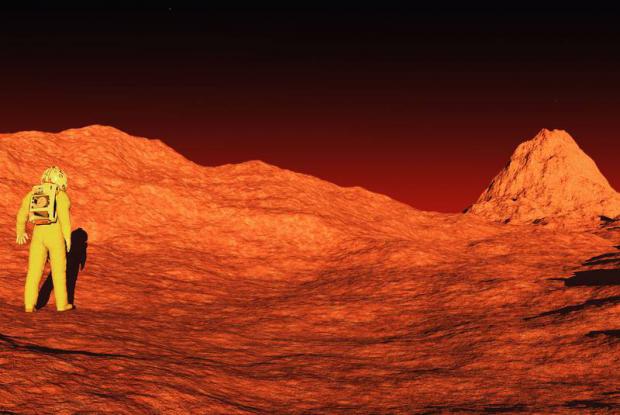 What if we could get to Mars in half the time, or go further into deep space without solar power? The UK Space Agency announced on Tuesday it will be teaming up with the aerospace company Rolls-Royce plc to explore nuclear-powered propulsion for space exploration.

The two English entities are teaming up to conduct a contemporary study on nuclear-powered space travel. Not to be confused with the luxury car brand, Rolls-Royce plc is an aerospace company. Both entities say the study will ideally result in longer missions that go deeper into the unknown of space than ever before.

"The announcement made today presents a new and exciting opportunity for us to explore how we can leverage our terrestrial capabilities," Hannah Wood, Rolls Royce External Communications and Marketing Manager, told Motherboard in an email.

Nuclear power would also reduce the need for solar energy, which is increasingly more difficult to harvest the deeper in space one travels away from the sun, the press release said. Traditional spacecraft have solar panels and fuel cells powering them on journeys, but nuclear generators would provide a more reliable fuel source than these traditional options.

The idea of space travel via nuclear-power propulsion isn't new. In the 1950s, the U.S. attempted to build a rocket propelled by mini atomic bombs, according to the press release. However, this modern study hopes to further advancements in space travel and drastically cut the time it takes to get from Earth to another location. The two organizations claim this type of propulsion would cut travel time to Mars in half—meaning a ship could make it there in 3-4 months—compared to traditional chemical propulsion.

A once in a blue moon shot! Astrophotographer captures stunning photo...