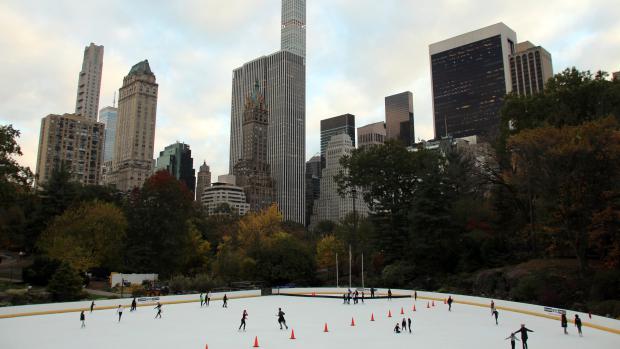 New York City is canceling Trump by ending its long-standing contracts for the iconic skating rinks in Central Park, the park carousel and Ferry Point Golf Course in the Bronx.

De Blasio said the Central Park contracts will be ended in a month but that it may take longer to get out of the golf course contract.

It comes after Trump was disowned by the PGA, banned by big tech and ex-communicated by business leaders, many of whom have stopped donations to the GoP, over the riot last week.

Deutsche Bank has vowed to stop doing business with the family after decades of controversial dealings, and on Wednesday the Professional Bank of Florida cut ties.

There are growing calls for the President to resign with just a week left in office.

Today, the House voted to impeach him over his role in the riot at the Capitol last week which resulted in five deaths and is expected to lead to hundreds of arrests.

Wearing 2 masks required to enter some federal courthouses in NY