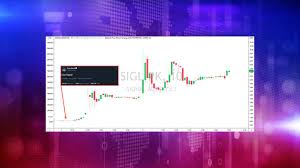 On Thursday morning, Musk urged his Twitter followers to "use Signal," an encrypted messaging app as an alternative to WhatsApp or Facebook Messenger.

However, since the market is caught in a speculators paradise, the first immediate thought that flowed through the minds' of Robinhood traders after Musk tweeted was to buy a penny stock called Signal Advance, Inc.

In a market overrun by speculators (shown below via BofA), momentum chasing Robinhooders have yet to figure out that Musk was, in fact, referring to Signal, a cross-platform encrypted messaging service - not the penny stock.

On Friday, Signal took to Twitter to explain that it has nothing to do with Signal Advance.

"It's understandable that people want to invest in Signal's record growth, but this isn't us," Signal tweeted. "We're an independent 501c3 and our only investment is in your privacy."