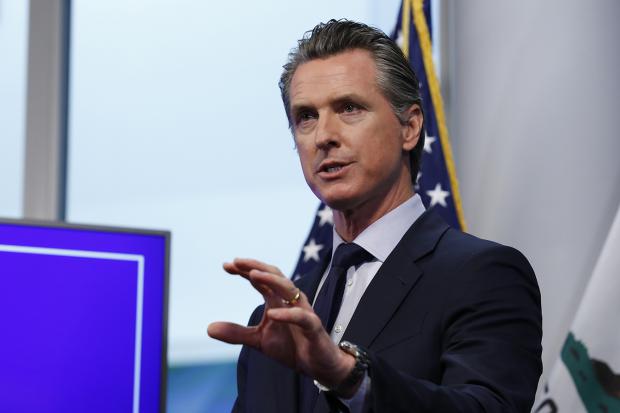 In 1992, Newsom founded the company "PlumpJack," and under his leadership, the PlumpJack Management Group LLC grew to include five restaurants and bars, four Napa Valley wineries, a ski resort and retail establishments, according to PlumpJackWinery.com.

According to reports by the SBA, one company received a loan for $918,720 on April 14, 2020. The SBA requires at least 60% of the loan be used to cover employee wages. This company had 14 employees. Hypothetically, if divided equally, each employee would received around $40,000 to cover their salary over a three month period – that would amount to an annual salary of around $160,000 per employee.

"It's unexpected for a 14 employee organization to get nearly $1 million," he said.

"The purpose behind this program was to save entry-level jobs, people going in and working on that paycheck. That was what we put this out there for, to stop unemployment."

On average, the small business loan for California companies with 14 employees was around $128,000. A PlumpJack company that also had 14 employees received more than seven times that amount at $918,720.

The PlumpJack Managment Group released a statement to ABC7,

"Like many other companies facing extreme financial duress during the pandemic, we used loan monies to protect our workers and keep them employed. Our staff members and their loved ones have depended on these programs for their livelihoods. Gavin Newsom is not affiliated with the operation of the companies in any way. Any suggestion otherwise is unequivocally false," said Jeff Nead, spokesperson for the PlumpJack Management Group.