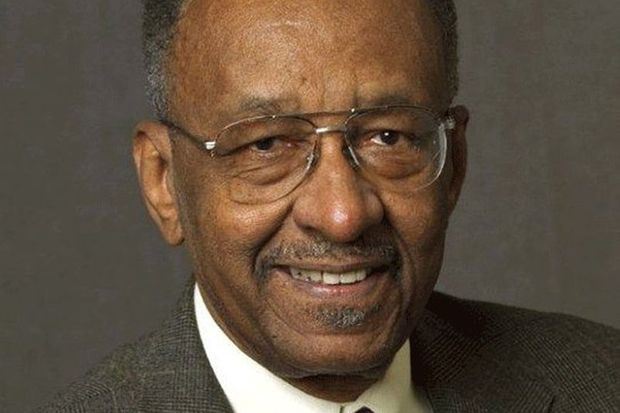 For the past forty years Walter was the John M. Olin Distinguished Professor of Economics at George Mason University; one of the greatest libertarian columnists in the world; a fabulously inspiring teacher; one of the best public speakers you would ever encounter on the subjects of economics and libertarianism; and the most popular guest host of the Rush Limbaugh radio show.

Walter was already at George Mason University when I arrived there as a young assistant professor of economics in 1981, preceding me by a year.  He and I were the two faculty members who taught the large 300+ student sections of principles of economics.  I quickly realized that it would be many years before I could approach Walter's masterful classroom performances.  (And you do need to be a bit of a performer before such a large audience that can easily be bored to death with such a large crowd and so many distractions).

Walter never pulled his punches, in the classroom or anywhere else.  When he got to the section of the course on labor economics and the economics of discrimination, he shocked his audiences of mostly freshman econ 101 students by reminding them that "discrimination" is not always a bad or negative thing.  For example, he would say, when he was looking for a wife he discriminated against fat women, ugly women, and white women.  That was long before America's youth were conditioned since kindergarten to swoon over such language, instigate riots, or set fire to campus buildings.

In the early '80s the George Mason administration announced that every academic department was to have an "affirmative action officer."  Naturally, we chose Walter.  His job was to report to the administration once a year on how good a job the department had done in recruiting women and minority faculty.  In his first year with that assignment Walter informed the administration that (paraphrasing) "We tried to hire a tall, statuesque blond from UCLA [true story] but the administration was too cheap to give us enough salary money to compete for her services."  Boy, did the sanctimonious campus Leftists hate Walter for such talk – a huge badge of honor on his chest.

Back in those days Walter's office was adorned with a framed picture of his daughter, who he doted over, and a Confederate flag!  When a visitor asked why a black man like himself had a Confederate flag in his office, he said it was to give him the opportunity to explain the virtues of secession to whoever asked about it.  That was some fifteen years before I wrote anything about Lincoln, secession, or the War to Prevent Southern Independence.  It was also one reason why I asked Walter to write the foreword to The Real Lincoln, which he did, with a most eloquent essay.  (To this day, of all the hundreds of critiques of The Real Lincoln, I am unaware that any critic has mentioned Walter's great foreword).