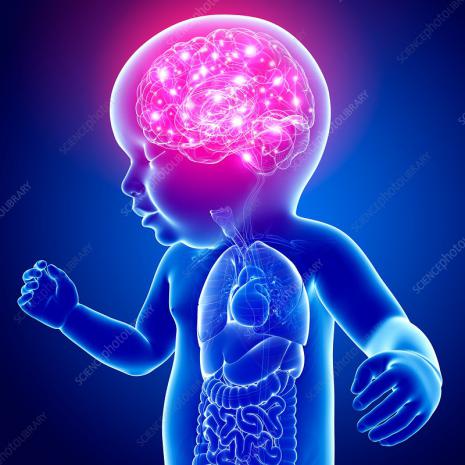 The breakthrough is hoped to allow researchers new ways to investigate baby brain activity in natural environments without the need for expensive MRI machines.

"There is a lot we still don't know about how the brain develops, and a big part of the problem is that studying the infant brain is really difficult with traditional scanners," explains Rob Cooper lead on the project from University College London. "As any parent knows, 6-month old babies are very active; they move around all the time and are easily distracted. Using a technique like MRI, the subject has to remain completely still, which is almost impossible with babies unless they are asleep or sedated."

The system presented in the study, published in the journal NeuroImage, is a new generation of wearable caps using high-density diffuse optical tomography technology (HD-DOT). The system is called LUMO, and the prototype tested came from Gowerlabs, a UCL spinoff company.

Each hexagonal tile on the cap contains three LED sources and four sensors. Near-infrared light is used to detect changes in brain oxygenation. Through these changes researchers can effectively map which parts of the brain are actively working in real-time.